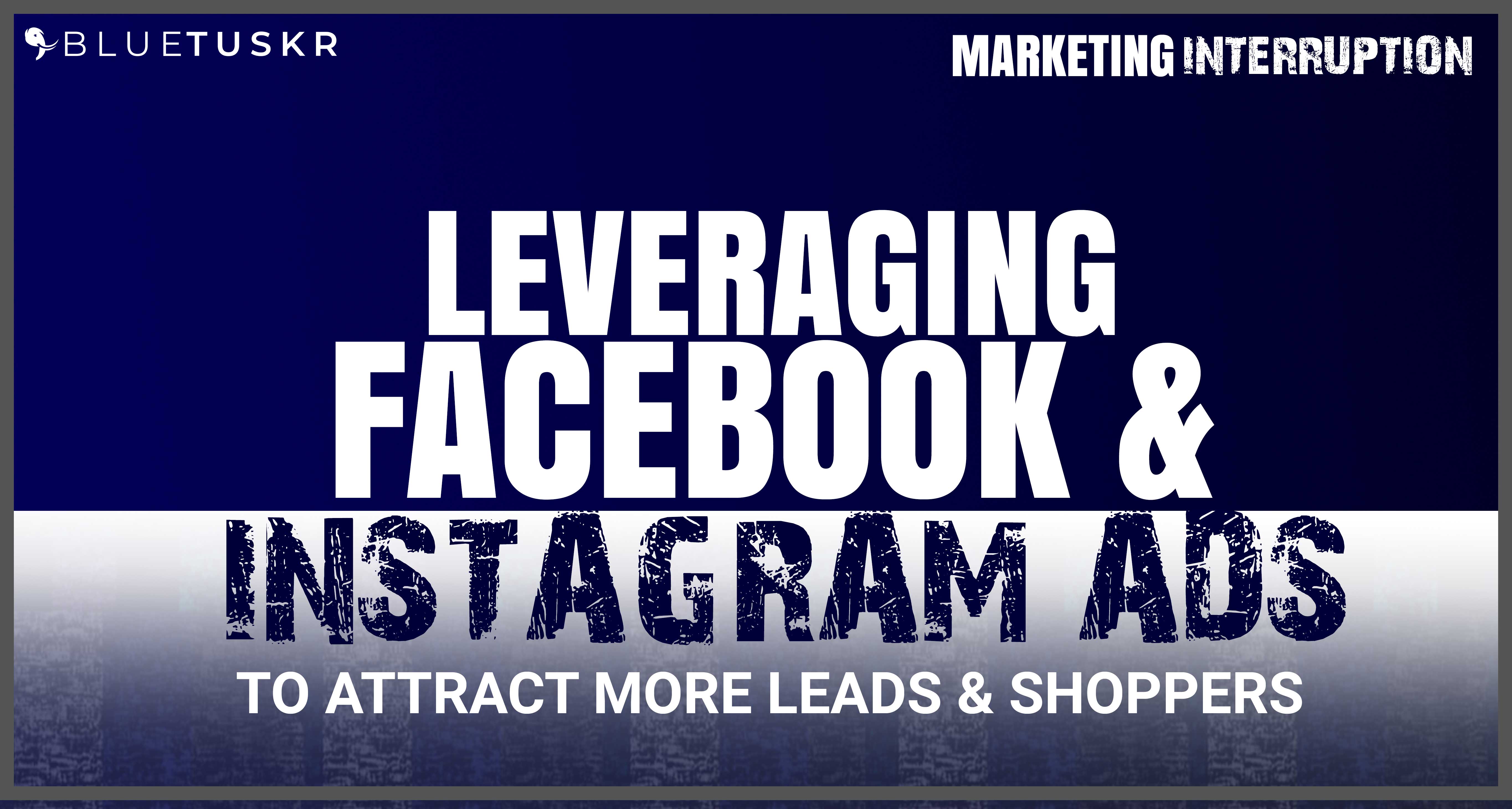 On the 7th episode of Marketing Interruption, your host Andrew Maff goes into detail about how to leverage Facebook and Instagram paid advertising to bring in more leads and/or purchasers. He touches on retargeting, top of funnel campaigns, and the benefits of when you should be running a specific campaign vs. when it may not be the best for you. He even dives into different types fo retargeting audiences you may have never thought to target.

0:41
Hello, and welcome to episode number seven of marketing interruption. I'm Andrew Maff. Stone, your host and today I'm going to be going over the same thing I did yesterday but for paid advertising. So today we're going to talk about leveraging paid advertising on social media platforms to gain more leads, more sales, more purchases, whatever it is you're doing. So this one's my favorite And one of the reasons I love this is because of all the things that I read on social media and all the things that I actually engage with, I get more Facebook ad coaches and gurus than I would be happy to admit. And I find these hilarious because so many of them claim to get your ROI from, you know, zero, and we're going to grow you 450% great. Well, I was at zero and it's not that much. So your metrics are Bs, but that's my own issue. Um, so. Okay, so we're going to talk about leveraging the easiest thing if you've never done social ads before you have zero. Background In social advertising. retargeting is the easiest damn thing you could do. It's going to almost always be your top returning campaign that you do. But what you're going to want to do is test the amount of time from when they've left your website and obviously they didn't convert, so Let's do. Let's do lead generation, right? So let's say you're a SaaS company, and you're driving traffic based on some blog post that you've created. You're getting all this traffic, it's great, but you don't have any paid out. You don't have any social ads running. What you can want to do is set up a retargeting ad. Now, that's someone who has left your website and didn't convert. And it may not be someone who's not a customer might be someone that you just haven't gained their email. So maybe your target conversion is an email generation. So all you have to do is separate retargeting. Nine times out of 10 video is going to be the best, you're going to want to show them new content, you're not going to want to constantly be showing them same video over and over and over again for a month, you're gonna want to change it up. So you're going to have to look into the timeline when someone leaves your website to when it is they normally will come back or to how long it will take them to become a lead, or how long it may take them to become a customer. You're gonna want to break that up, you're gonna want to segment so let's say on average, someone comes back to your website. After two weeks, and you're gonna want to speed that up, so I'm gonna set up a retargeting. You're going to create an audience, for everyone has been to your website in the past seven days, and you're going to create an audience of all of your contacts that you have. And you're basically going to run that audience, you're going to run the 07 audience for website visitors, and you're just going to exclude all of your contacts. So basically, you're only showing this ad to everyone who has been to your website in the past seven days that you don't have their email. This is the most simple one you can do. Said the retargeting, do the video, send them back to the website with some kind of gated content target. Now there's lead forms on Facebook, you can do that. So you don't they don't have to leave Facebook. If you don't want to those, I would test those you have to do those in a different campaign because they have a different objective. So you can do one as the target as a lead form. You can do another one where the target is a conversion. And you can a be test send into a landing page but I would set up whatever gated content you have as many as you can do. And I would test them all. And you can set them all up or Hey, you came to our website, you like this, you know, here's live calendar for you to download that you can, you know, check, or whatever, I didn't do the copy. And so you can try that one. So that's your 007, then you can do a seven to 14, and you can do a 14 to 21 then you can open it up and do 21 to 60. Like, you want to break it up because I've seen way too many people do retargeting campaigns for zero to 60 days with like three different pieces of creative, which means that for the next I visited your website, and I'm now being punished by being shown the same three pieces of garbage crap content you created for the next two months, that's ridiculous. So you have to break it up, figure out where it is that they're more likely to convert and send it to there. A lot of times you'll find Hey, after 21 days, they're just not even they don't even care anymore, so you won't even have to set up that audience. retarget the most simple one. The one spend the most time on that. Because if you've never done social media, you've never done social media ads. I don't care what business you run. Everyone I've ever talked to about like, oh, social media ads don't work for me it's total BS. If you do retargeting, the easiest one. Now, top of funnel stuffs a little different, may not always work. There is definitely some industries where I will agree with them that it can be difficult to do top of funnel stuff and it's usually someone who has more of a need than a want. So for example,

10:32
And that kind of leads me to the featured tool that I wanted to plug today. So funnel etics funnel etics. I was lucky enough to be one of I think they call us like founding partners or something like that, or founding members where I joined them like right when it came out. And the only reason I wanted to get in on it was because I had so much fun. It's basically little icons that you point to each other. And then you can basically map out and visualize your funnel, but you can also throw in the UTM codes. You Throwing a lot of tracking and you can actually see your funnel live and see how it's doing. It's an amazing tool. I just have fun with it because I'll sit there when I'm bored. And I'll just create new funnels of like, oh, what if I send so and so here and I'll kind of think through what holes can I plug? That's definitely one of my favorite tools. So I didn't want to feature them today. But that's all I had. So please again, rate review, subscribe, all that fun stuff. If you have any questions for this week, make sure you email me at marketing interruption@bluetuskr.com and I will see you all tomorrow.